During the last year the Partnership has been working to ensure that current projects and those that have occurred as a result of the Ebola Crisis have been funded and effectivley monitored. Click here to see a list of the projects funded for Education, Farming, Infrastructure and the Ebola Crisis.

The images below some of the Ebola Orphans before and after being kitted out for their respective schools. 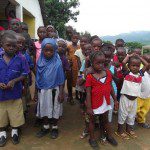 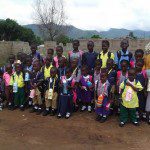